Niall O’Carroll On Why “Sporting Culture Eats Tactics For Breakfast”

It has been a year of new coaching announcements in Irish sport. Mick McCarthy has returned as Irish football coach. Graeme Shaw moved on to New Zealand Hockey after winning a silver medal at last summer’s World Cup with the Irish ladies.

“Every Battle is won before it is ever fought” Sun Tzu 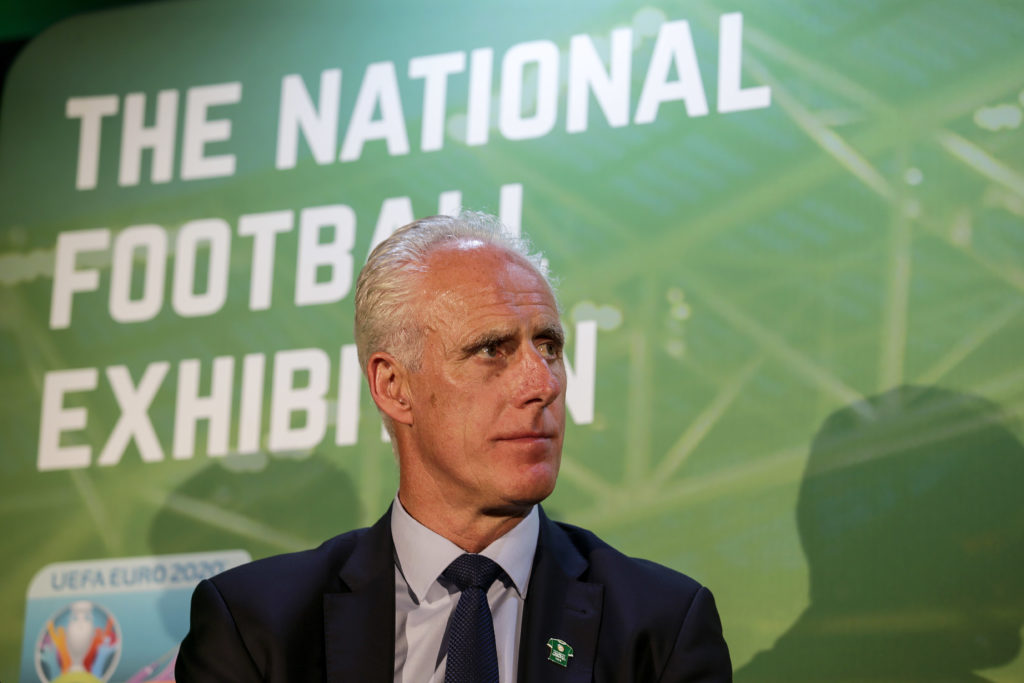 This week brought the double announcements of Ronan O’Gara returning to France from New Zealand to take on his first Head Coach role with the wealthy franchise at La Rochelle and Stephen Larkham taking on the attack coach role with Munster Rugby.

In reading the coverage of these decisions there was reference to their coaching success but not much detail on why they were so highly regarded. In my time working in high performance environments I have seen the great, the good and not so impressive. In my opinion the thing that separates the great from the rest is an appreciation of the individual. 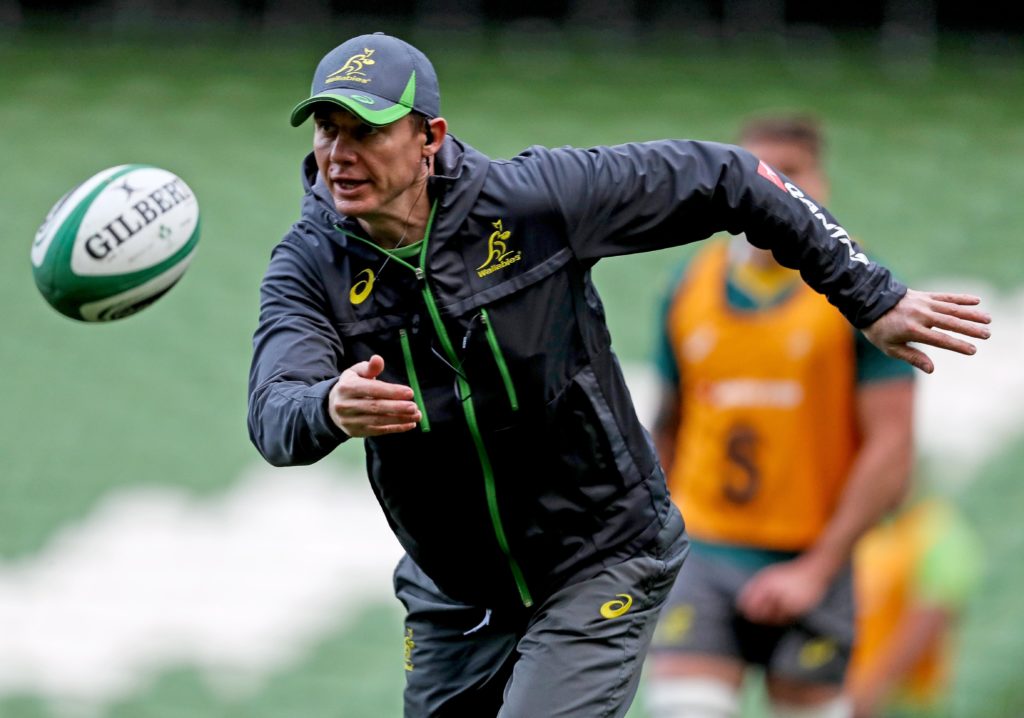 The coaches who have regularly changed their environments are the ones who understand that coaching messaging is only as powerful as how it lands. If your communication and values cannot reach the individual in your squad you are not going to create the habits of success.

O’Gara has made some impressive decisions in the direction his coaching career has taken thus far. 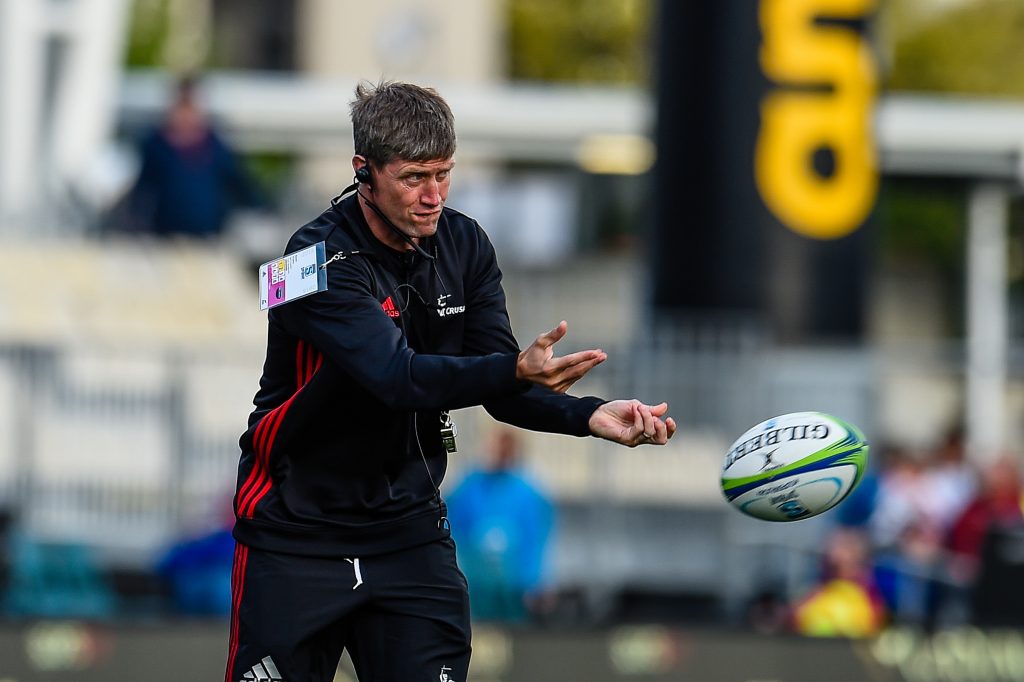 This is a massive opportunity for him in his pursuit of becoming the best coach in the world (which we can assume is his motivation as he never settled for second best as a player).

So rarely do we hear mention to coaching values but they are at the heart of all sporting success. Stephen Larkham claims the ‘Munster’ culture was a key factor when making his decision to change hemispheres

“A big part of my decision lies in the values of the club and the importance they place on community.” Stephen Larkham

In an interview O’Gara did back in September down in New Zealand he cited the Kiwi way of coaching as being the ‘Holy Trinity’ of Hard Work, Humility and inch perfect Skill Execution.

“The best of it has just been experiencing it up close, with your own two eyes. You only get the full vibe of what makes a place tick by doing it that way. I can only speak for the Crusaders but it is impressive, their desire to get better, day in, day out.” Ronan O’Gara

So why do values matter? In my view two great examples of prioritizing values in the pursuit of excellence come from across the pond. John Wooden and Bill Belichick are two of the most decorated coaches in Basketball and American Football. 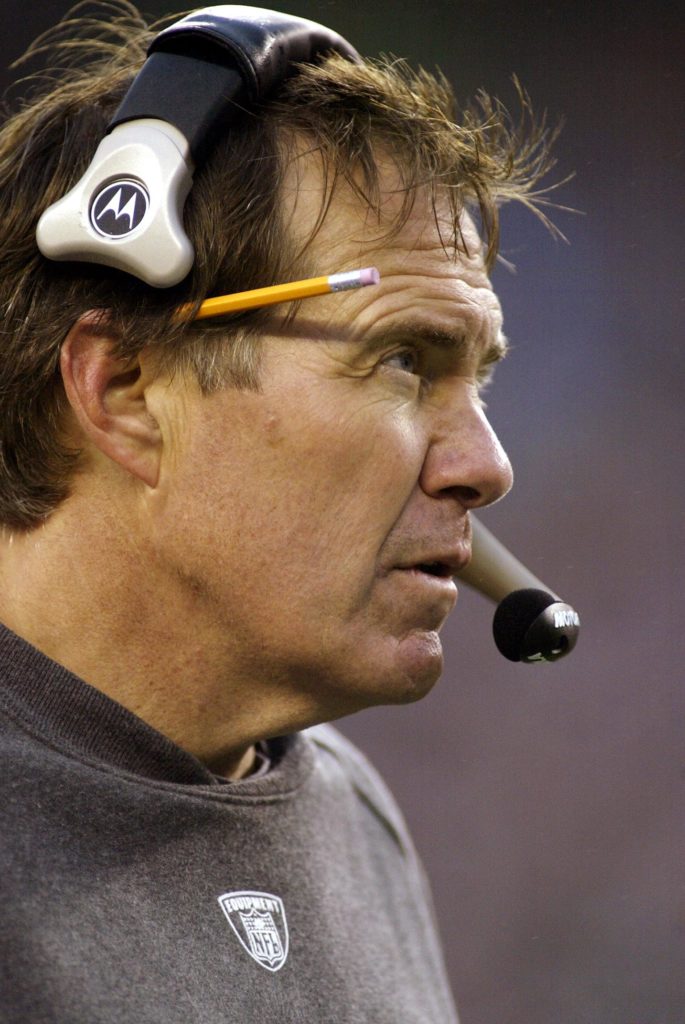 Both these coaches have challenged what’s possible in their respective sports over a period of years through putting a premium on building a culture of excellence.

Honesty is very high on their list of required attributes for their athletes. In their pursuit of excellence they focus on including the player in the decision making process.

Both Wooden and Bellichick believe in setting clear expectations for their players of how much game time they are likely to get and then give their players a performance improvement plan to ensure everyone in the squad understands fully what they need to do to break into a successful team. They ensure collective agreement of goals where the coach and the player combine to set out their own development plans.

ROG discusses this as being the New Zealand way: 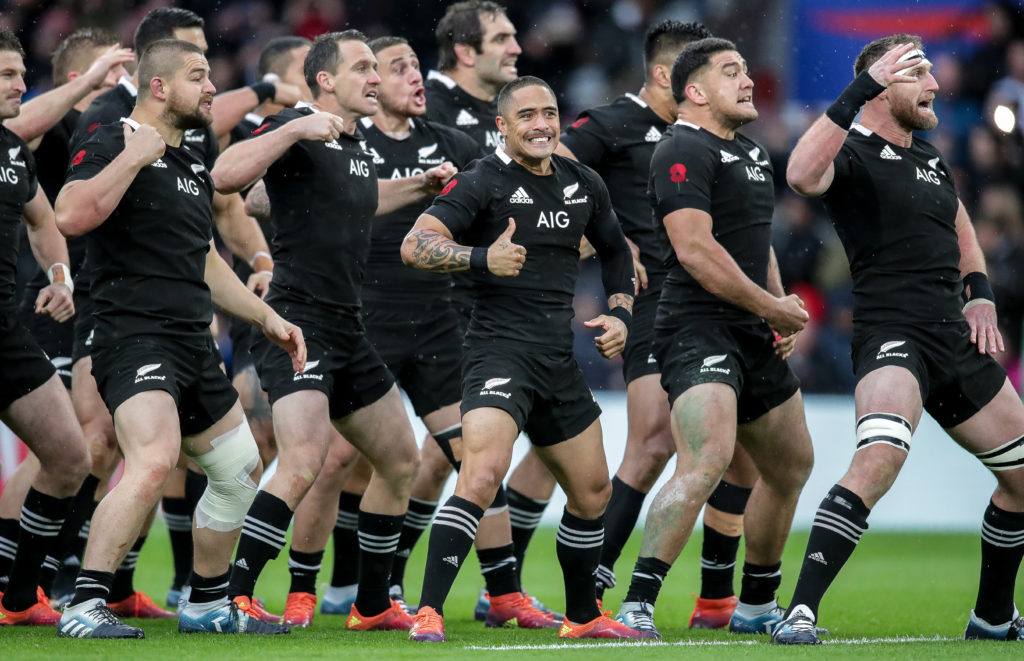 This does not mean you wrap them in cotton wool and hand over the power to players, quite the opposite it does mean you demand excellence of every individual in your environment and strive to achieve through a collective buy in.

As ROG puts it “the players will deliver the message because they are accountable on a Saturday.”

This is something my old friend and colleague at Irish Mens Hockey, Craig Fulton has seem implemented first hand at Belgium Hockey on their way to winning the World Cup in December.

“We have to continually be jumping off cliffs and developing our wings on the way down.” ― Kurt Vonnegut

Mick McCarthy is another coach who puts a premium on honesty. His second coming feels a little like jumping of cliffs at the moment. Things had reached the lowest point I can recall in Irish football in recent years. The quality of play has been pretty hard to watch.  McCarthy speaks of his big coaching challenge being bringing fun back into their football. Results are helping, no doubt.

A review of McCarthy’s career shows a man who treats his players with respect and loyalty (Roy Keane may argue otherwise of course). This is something both Richard Dunne and Robbie Keane have  touched on recently. 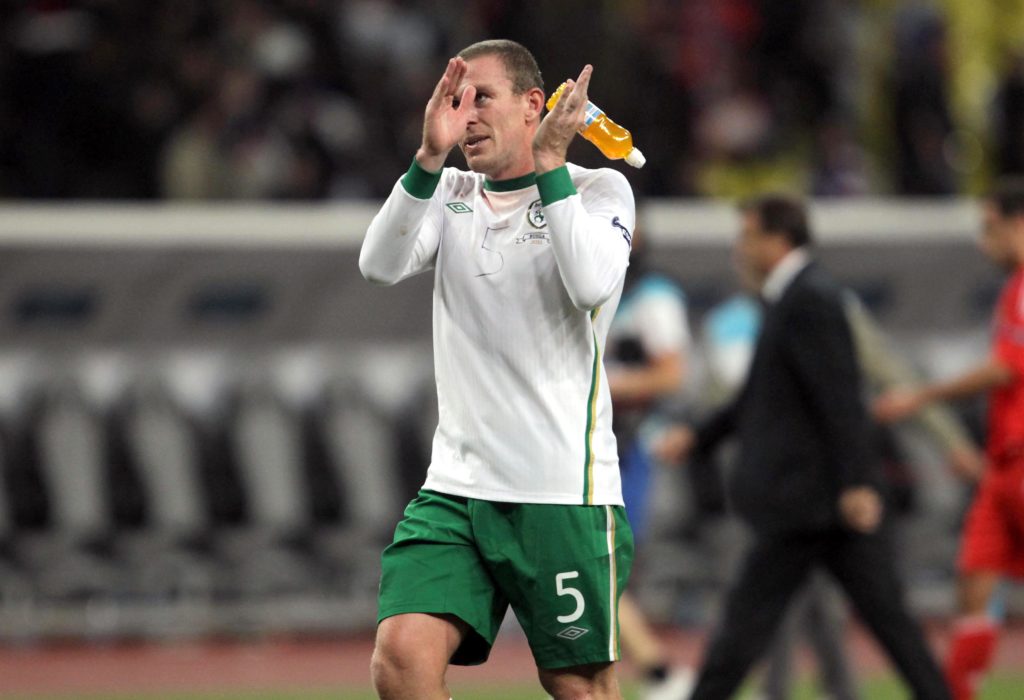 “One thing about Mick McCarthy is his loyalty. If you do what he asks and do it well, he will reward that. If you play well and the manager sticks with you, that loyalty breeds confidence around the squad”  - Richard Dunne

It is hard to find too many people who have negative things to say about the likeable son of Barnsley. Even Paul Kimmage the notoriously hard to please but talented journalist speaks of an honourable, honest man who puts a premium on values.

Under McCarthy’s coaching the Irish players seem to be attempting to develop their passing ‘wings’ again. All be it slowly. This will be possibly his defining role as he attempts to rediscover the teams  ambition.

Perhaps he should remind the players of a quote by the poet Maya Angelou:

Changing the culture is a massive challenge though. Philly MacMahon on the Keith Andrews Show compared Irish Soccer to Dublin Football.

“There’s no culture, there’s absolutely no culture [in Irish soccer]. You can have all the strategy you want, but if you don’t have a culture … the behaviour, the values, the way players abide by things, none of it will matter.” 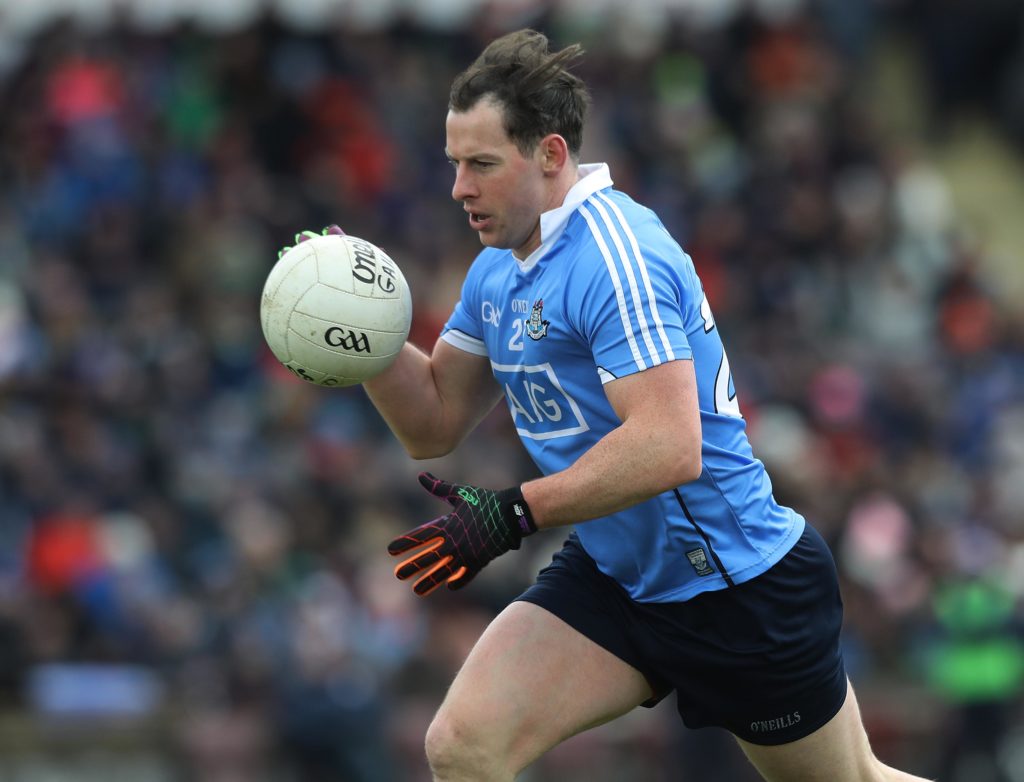 Jim Gavin has achieved this at Dublin. He has taken the celebrity out of Dublin football and has introduced a collective will to win for the team.  In the words of McMahon “culture eats tactics for breakfast”.

Building a culture of excellence through individual messaging and values is  what O Gara and Larkham will try to achieve next season. The coaches mentioned in this article are all examples of leaders who ‘never assume’ the player has heard your message.

They ensure players have their voice in performance planning. The ultimate fundamental of a great coach is to recognise you are coaching a squad of players with individual distractions and motivations. Indeed as Ronan O’Gara would say “It is not a  game of Robots”.