Resilience is at the heart of High Performance mindset. The ability to respond to adversity by delivering high quality performance is what differentiates the best from the rest.

Many coaches misinterpret ‘mental toughness’ as ‘manning up’. Whatever that is supposed to mean? In reality the ultimate goal of any athlete is to deliver their best free of distraction on a regular basis. Simple? It can certainly be simplified.

One of the main things I have learned in my career is that mental resilience at its core, very simply, means positively responding to set backs and having quality distraction control management.

Identifying these distractions and building a management strategy is a key part of the work I do.

I see my role as both helping athletes to develop refocus triggers to ensure they have their attention where it needs to be in competition, and also giving them the tools to recover and  push through mistakes and pain barriers.

Refocus triggers are personal to athletes. They are the little self-talk phrases or words that help an athlete return their focus to the present. Every individual responds to different pressure points. 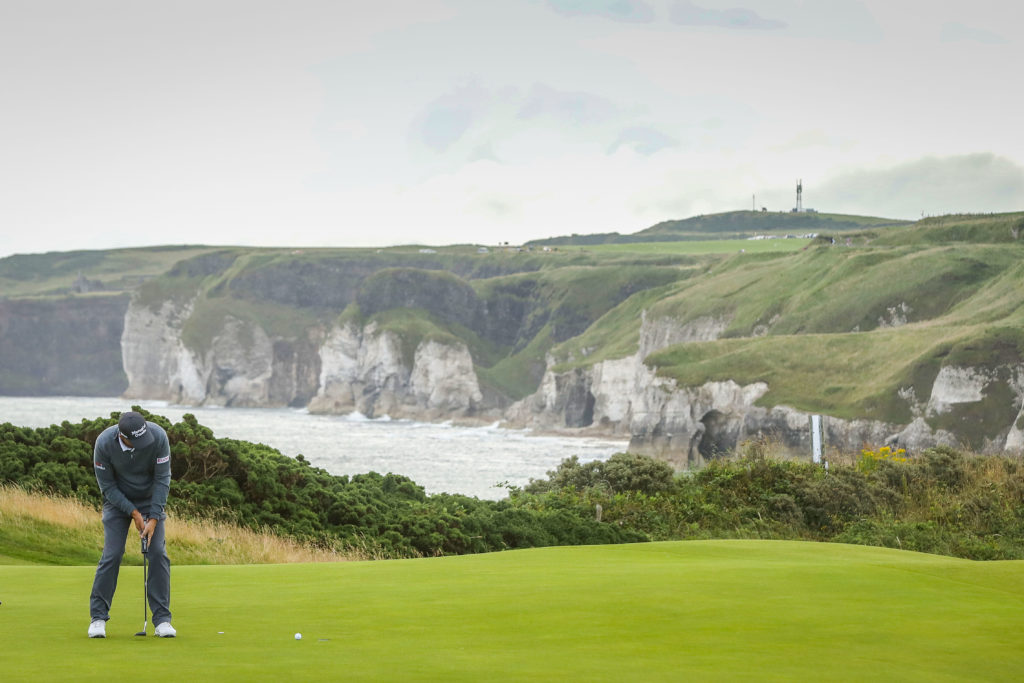 For example I knew a big wave surfer who had the phrase ‘be right on, right here, right now” written on his board. This was to tune is attention to the moment riding the wave.

He knew if he let his concentration ‘time travel’ it could prove fatal on these huge waves. The only thing he had control over on the wave are his actions in that moment.

A great example of refocus in action was at the 2008 British Open where Padraig Harrington described his mind as reeling after dumping two balls in the water on Carnoustie’s treacherous 18th.

How he responded to this pain is what will define his career long after he is gone. Standing over a 40 metre pitch to get up and down for a six, which still left him with a chance of a playoff.

He had a conversation with his caddy, which to me is the ultimate example of the simplicity of mental toughness. Harrington’s caddy Ronan explained to him that the chip he faced was exactly the same as a practice hole PH had built in his garden.

So when PH played his shot he was so comfortable with the shot that he played it without even thinking about the tournament.

He switched off all the turmoil in his head, all the distracting thoughts of losing a tournament and just focused on playing the shot he plays in the garden every day.

The ultimate toughness is allowing your talent to do its job without your brain getting in the way.

Novack Djokovic and Roger Federer produced a high light performance in their remarkable rivalry a Wimbledon on Sunday.

Five sets culminating in a 12 game all tie breaker for these 30 somethings proved to be riveting viewing.

In particular, it was fascinating to see how the 37-year-old Federer would push his body in pursuit of a record equalling 9th title. There was a lot of commentary discussing both players ability to play through pain and fatigue. 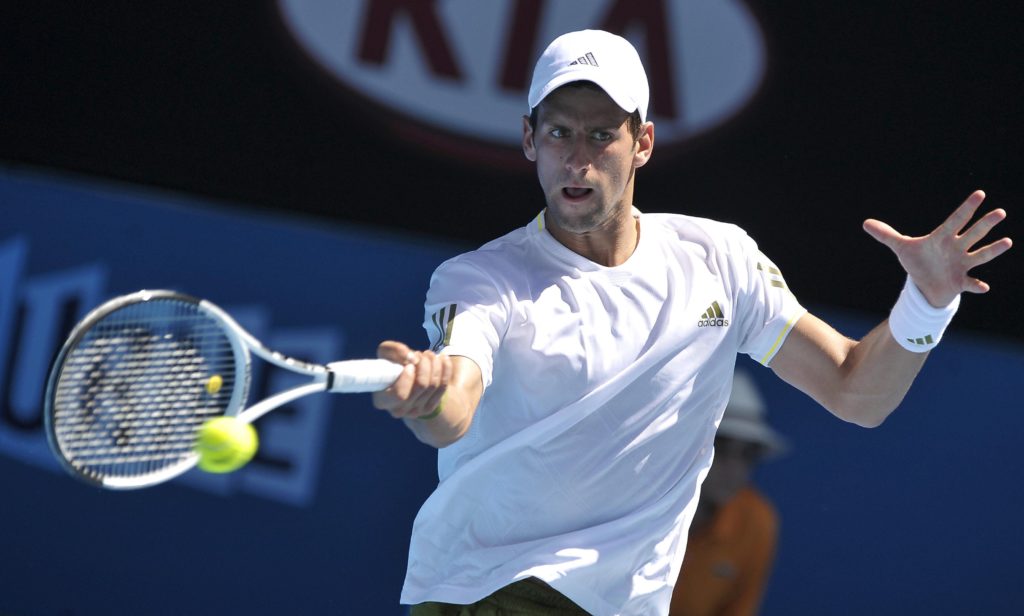 From a mental skills point of view pushing your body through the pain barrier is a key aspect of elite sport success. Stories abound of athletes physical courage.

Stories like Stephen Roche riding to the point of collapse and hospitalisation on the way to Tour de France victory,  Bert Trautman playing an entire FA Cup Final with a broken neck and Muhammad Ali fighting 15 rounds with a broken jaw against one of the hardest hitting heavyweights of all time in Ken Norton.

These also speak of a remarkable mental resilience. Five time Olympic Speed Skating Champion Eric Heiden once said that pain is what made him a champion.

This was the time when everyone was suffering but he had the capacity to push his mind to a different place. He welcomed the pain because he knew he had the preparation done.

If he was suffering so were his competitors. He channelled a philosophy that is at the heart of Navy Seal training. The 40 % principle.

Seals believe that when your body gets uncomfortable and triggers the fight or flight instinct in the amygdala you have actually only reached 40% of what the body is capable of enduring.

Imagine the next time you are faced with an endurance challenge and you consider that no matter how tired you are you have potentially 60% capacity left?

Knowing you have the work done gives you freedom to let your performance flow. Past mastery experiences boost your self-confidence, which leads to great performance. In other words ‘what doesn’t kill you makes you stronger.’ 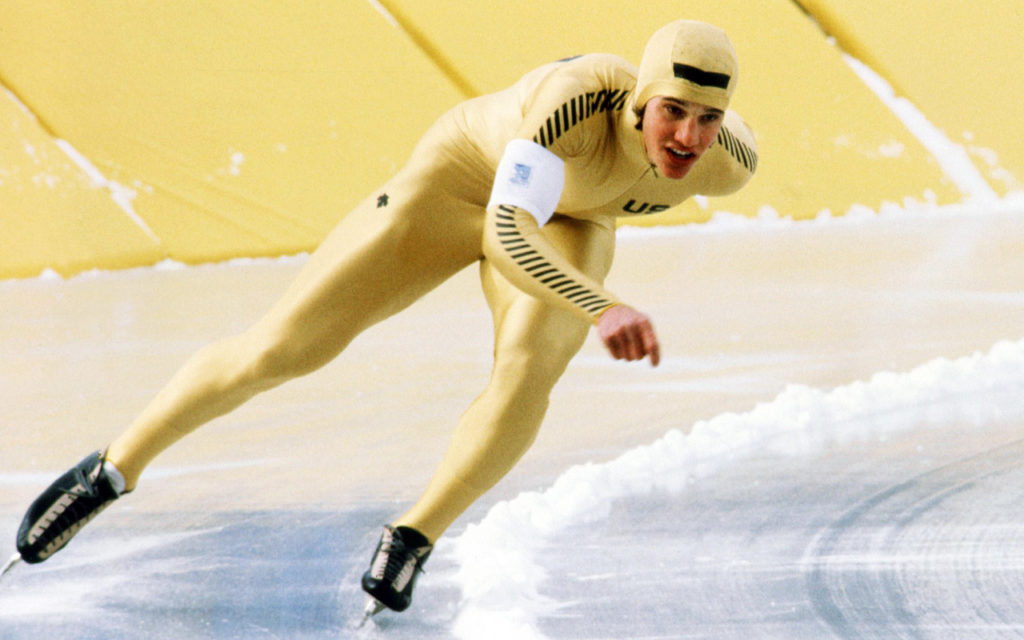 Fletcher and Sarker carried out research on Olympic Champions and created an eight tip approach to building mental resilience.

It is an interesting body of work. I have taken their findings and streamlined this down to four key factors for my work.

Tip #1: Have the courage to be imperfect: “Perfection is of the Gods, the best we can hope for is excellence”(Carl Jung).  Mistakes are what give us the information to improve so embrace them. Evaluate rather than eradicate.

Tip #2: Be clear in what you want to achieve: Set SMART Goals. “If you don’t know where you are going any road will get you there” Cheshire Cat, Alice in Wonderland.

Tip #3: View setbacks as opportunities to learn:  “It is not the event but your opinion of it which causes suffering”. Epictetus. Sometimes you win and sometimes you learn.

Tip #4: Create the tool to distract the mind: When we experience pain or panic our minds jump to past experiences or future outcomes. Create a trigger to bring you back to the present.

Sadly, from a personal point of view, Donegal managed theirs a little better than one of my current employers the Meath Senior Football team.

Let’s hope we can deal with ours better next Sunday v Mayo. Sometimes they are the difference between winning and losing.