I was asked recently if I had any advice to offer athletes in relation to social media use. This came off the back of the most recent fodder for the online  ’quick to outrage’ mafia.

A childish post on Instagram by Manchester United players Jesse Lingard and Marcus Rashford from a holiday in Miami caused quite a stir in the last week.

As is the norm with these things a number of people reacted angrily to the posts with emotion ranging from  “these players weren’t fit to wear the MUFC jersey” to pure hatred.

Personally, I’m not sure why anyone would care what a couple of overpaid, underachieving footballers do in their time off, but this is the world we live in.

Sport and social media have become inextricably linked. Now more than ever athletes need to be educated on how their behaviour online can potentially impact their ability to perform their jobs.

This has been the case recently with stories about Israel Folau and Paddy Jackson impacting their ability to earn a living.

Athletes are consistently held to a higher standard. Rightly or wrongly we expect more from these young men and women.

I have been involved in policy discussion and design for large Olympic organisations and have always swayed away from a ban on social media use.

Some organisations employ blanket bans and particularly at Olympics, athletes are encouraged to stay off all social media to avoid unnecessary distractions.

While I agree  that Twitter is all about self-publication it is questionable whether it is necessarily something to fear.

Platforms like Instagram, Twitter, Facebook, WhatsApp are all vehicles to express your individuality in a modern tech age. But there is a challenge for all athletes to appreciate the potential dangers to their ‘brand’ by poor choices online.

Phil Doorgachurn, one of the leading voices in child protection policy development in the UK once gave a talk to a group of sporting professionals discussing social media policy and in particular a fresh attitude to tricky issues like sexting or expressing political/religious views online.

I found his approach to be a breath of fresh air from the usual ‘social media is bad‘ brigade.

He tried to engage with his young athletes on a level where he accepted that some of these things were going happen but to appreciate there are ways to be safe and protect yourself and your image into the future. Every action has a consequence.

The announcement of the signing of Paddy Jackson by London Irish has caused quite a media storm. Sponsors have pulled away from the club as they insist the signing does not reflect their values.

While it must be stated that Jackson was not found guilty of any crime, his use of social media (WhatsApp in particular) in the days after the alleged incident reflected very poorly on his character and attitude towards women.

Does this mean that if he had stayed off social media this reaction would not have happened?

Which values were most offensive to Diageo, the drunken behaviour of young men at a party or Jackson’s WhatsApp messages making light of the situation and denigrating a helpless young woman?

I want to make it clear that I do not condone the behaviour of these spoiled rugby players but it is an interesting question.

A major consideration for sporting organisations and individual athletes is that there is considerable ‘digital juice’ for athletes with a large social media following.

Creating an image brand is a potential goldmine. An athlete with 1 million followers can command $50-100,000 per endorsement. 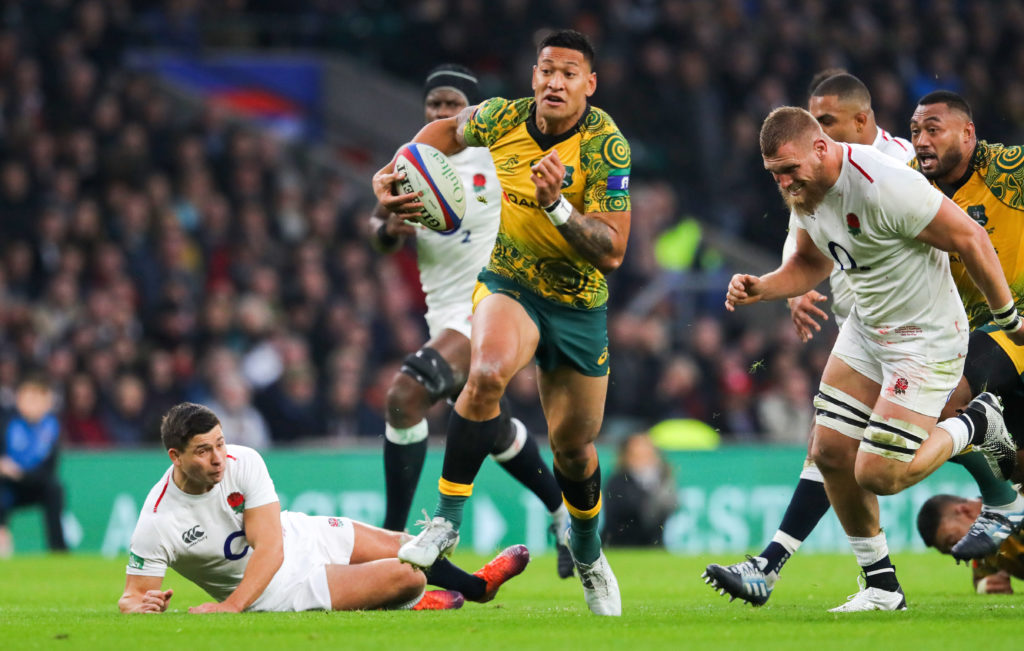 According to Forbes Cristiano Ronaldo is the most followed athlete in the world with 340 million followers and has earned a billion dollars in endorsements.

It is interesting that most Irish sport has very limited advice for athletes on use of social media platforms.

They focus on important child protection guidance but advice for athletes on how to avoid potentially career ending errors of judgement is pretty much non-existent.

Ironically the GAA which would be seen as one of our most conservative entities are actually ahead of the game in relation to inclusivity and equality.

They provide their members with nine principles to help guide its members. These guidelines include “Be respectful of all individuals, races, religions and cultures.

How you conduct yourself online not only reflects on you – it also reflects directly on the Association.”

Social media has to power to put a smile on your face. It used properly it can be a powerful source of good. It doesn’t have to be all negative. But a keyboard is only as powerful as the fingers typing on it. It is all about accountability.

Every athlete (indeed every child in school) needs education and training on how to take responsibility for their behaviour online. As marketer supremo Nichole Kelly said “Social media policies will never be able to cure stupid.”