World Rugby has to act fast or face the consequences

I was very sad to hear the news of Chester Williams’ passing recently. There are few more iconic figures in South African rugby than the man Nelson Mandela chose to be the face to represent a new nation at the 1995 World Rugby Cup.

In the movie Invictus, they re-enact the moment when Madiba visits the training ground and asks ‘Where’s Chester?’ Mandela suggested that as the only black player in the squad he was representative of a segment of the population who had never played the ’white man’s game’. 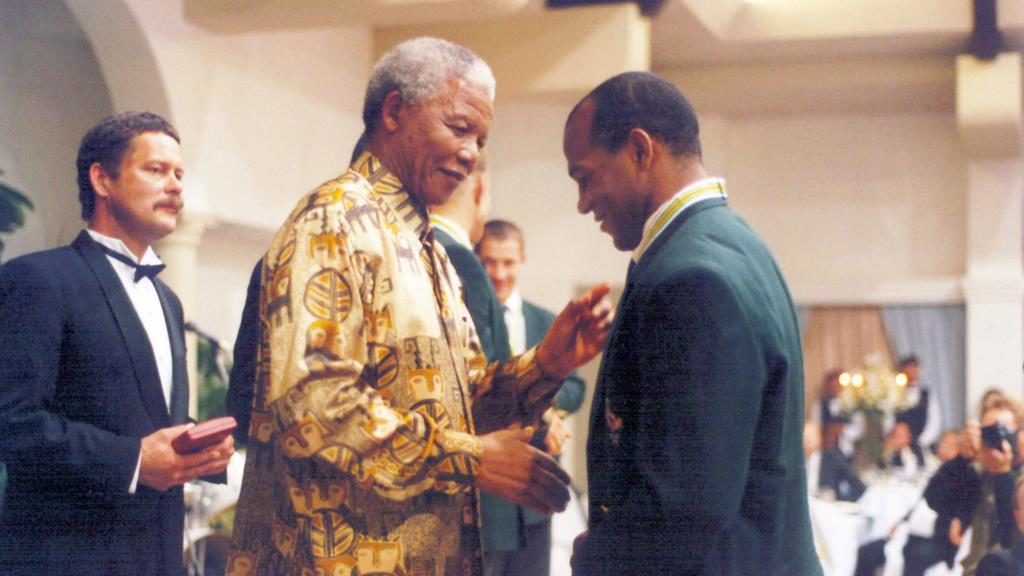 I had the privilege to interview Chester recently for a book I am researching. He spoke with pride of that time in South African history. Chester played a significant part in the victorious Springboks team including being the first South African player to score a hat trick of tries in a world cup game.

He was a charming, smart, passionate guy that loved rugby. He coached in a number of countries before returning to his homeland.  We spoke at length about the sad news of his teammate Joost van der Westhuizen’s passing from the debilitating Motor Neuron Disease (MND). 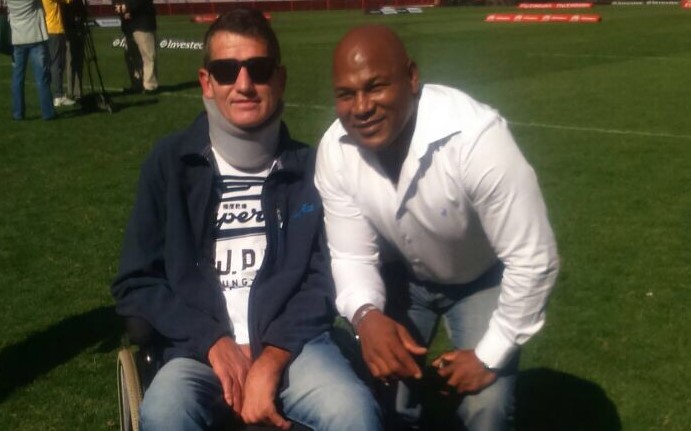 We discussed the passing of another team member Rueben Kruger (brain cancer) and coach Kitch Christie (cancer). We spoke of the fact that seven former springbok internationals have developed MND in the past 15 years.

Since our conversation James Small, Chester’s partner on the other wing in that 1995 final has passed away.  Like Chester, Small at 50 died from a heart attack. Ironic that in that epic final Small was tasked with marking the man mountain that was Jonah Lomu who also is sadly no longer with us. 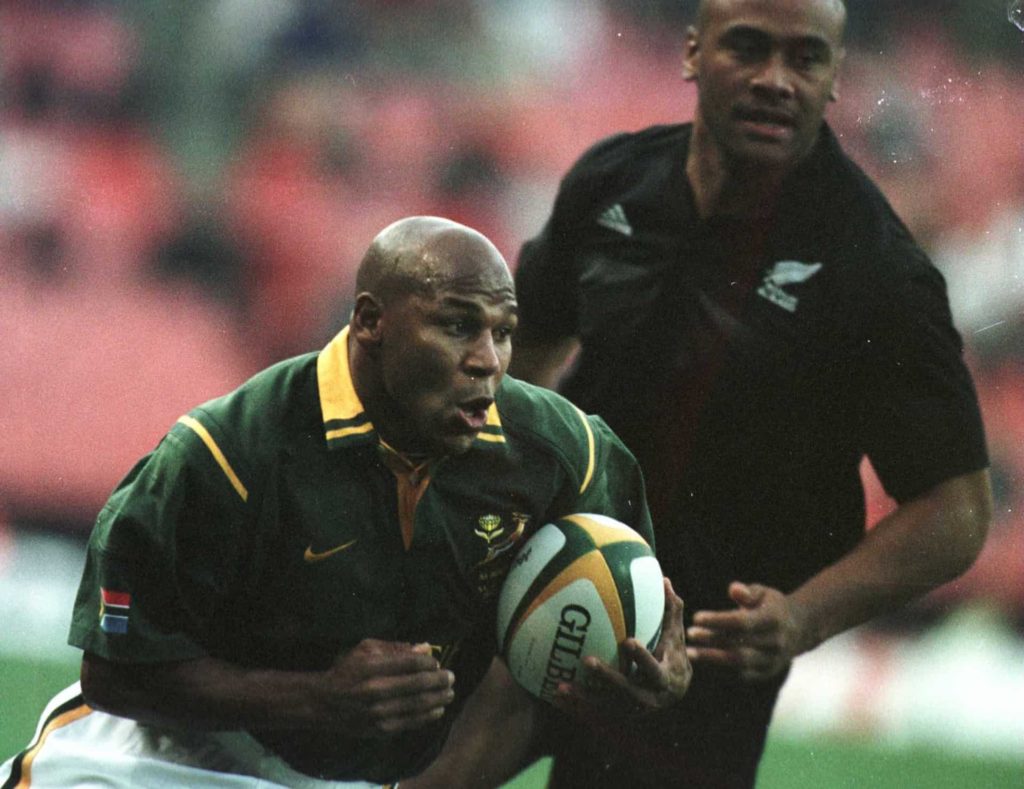 We also spoke about André Venter, the 66-times capped flanker between 1996 and 2001 who has been a paraplegic since 2006 after being struck down with a degenerative syndrome of the central nervous system known as transverse myelitis. Another Springbok from this era, Wium Basson, died due to liver cancer in 2001 aged just 25.

Chester declined to discuss PEDs only to insist that he had been clean throughout his career, but he did feel that the issue of player well being was a global rugby problem. He felt in the professional era that the pressures on young South Africans were huge to bulk up to chase the massive rewards of professional contracts in European rugby.

Since speaking with Chester, six South African schoolboys tested positive for PEDS at an annual rugby talent camp called U-18 Craven Week. The CEO of the South African Institute for Drug Free Sport (Saids), Khalid Galant, questioned the attitudes parents and mentors have toward their children’s use of performance enhancers.

He cites his concern at “the high tolerance of parents and coaches to doping practices”. Indeed there is evidence from that report that some parents had actually injected the kids themselves. This was both shocking and a little depressing. I have seen first-hand in other sports in other countries the attitude of parents who are desperate for their children to succeed.

It is troubling but this is where those running sport have to show leadership. The two biggest threats to professional rugby players I believe are PEDs and collision injuries. The bigger players get the bigger the collision. Research from American Football suggests that repeated concussive blows to the head can lead to serious brain injury and illness.

A study published in the Journal of the American Medical Association found that 110 of 111 brains donated for research from ex American Footballers had evidence of (CTE) Chronic Traumatic Encephelapoty, a degenerative disease that can appear like dementia or alzheimers. There has been recent research to suggest that CTE can also appear like MND.

The issue for me in any conversation about drug-taking in sport is that is becomes a moralistic argument about whether you agree or disagree with PEDs. I am less concerned with banning players and more about educating parents and children on the potential dangers of putting illegal drugs in your system, of getting bigger and hitting harder.

It is possible that the South African team of 1995 were clean and just desperately unlucky with the fate that has befallen some of their players. Maybe the concussion injuries suffered by some of the team contributed to their misfortune with illness.

Maybe the fact that schoolboys are taking drugs assisted by their parents is an isolated incident. Maybe the finding that World Rugby’s ‘Breakthrough Player of the Year 2018 ’ Aphiwe Dyanty has tested positive for three banned substances was one players poor decision making.

Maybe the 21-year-old lock Hendre Stassen failed a drug test at Stade Francais because of something he took in Paris. The one thing that is for certain is that people are taking a jaundiced view of South African rugby right now.

Stade Francais released a statement in the aftermath of Hendre Stassens suspension that ‘Stade Français Paris attaches the utmost importance to sports ethics and makes the fight against doping a constant priority.

Clearly at no point did they suspect possible artificial improvement through illegal means of the giant second row from South Africa who had surprised everyone with his impressive physical performances.

To be fair the issue of drugs in Rugby is not solely a South African problem. Rugby Union & Rugby League are reported by UK Anti-Doping (UKAD) as having more failed dope tests than any other sport in the country, and that includes the favourite whipping boy’s athletics and cycling.

Indeed of the 47 people listed on the banned list in the UK, 16 are from Rugby Union and 12 from Rugby League, comprising 81 per cent of the bans announced in 2015 by the UKAD.

In Ireland Rugby is second only to cycling in the numbers being tested annually. Brian O’Driscoll stated in a recent radio interview that in the latter years of his career he relied on a ‘pre game habit’ had of taking Difene and co-codamol to ease pain and “give yourself a chance of playing your best game.” Performance enhancing? Maybe. Potentially dangerous to the players welling? Absolutely.

Sam Warburton warned in his autobiography  “If something isn’t done soon, then a professional player will die during a game, in front of the TV cameras, and only then will people demand that steps must be taken. It will be reaction rather than anticipation.”

The really sad thing in all of this is that the above mentioned young men will be banned and their careers ruined while the people who are responsible for the welfare of their players in World Rugby and their affiliate unions will congratulate themselves on weeding out the cheaters. All the while turning a blind eye to the dangers rugby players increasingly face in the pursuit of being bigger and hitting harder.

It is my experience working in sport that player well being is often spoken about in a tokenistic manner. How wonderful would it be for the legacy of Chester Williams and his deceased teammates from 1995 that World Rugby take steps to ensure that player welfare overrides all other considerations.

Sadly, I fear even the passing of past legends of the sport like Chester Williams will have minimum impact. No. I fear it will take a shocking impact to a current player as Warburton suggests before action will be taken. Let’s hope I’m wrong. RIP Chester.